7
Magí and Anamaria met in 2018 inside a creative process of Trama by Roser López Espinosa. From there, they started collaborating on a research of a new partnering principal, which led them to the creation of COSSOC. Besides the performance, their collaboration has expanded into creation of a short dance film as well as developing a workshop, based on the common language they have developed during the last 3 years. COSSOC was made as a co-production between FiraTàrrega, Graner and Roca Umbert as well as getting the support from Mercat de les Flors, La Visiva, C.C. Barceloneta, Danseu Festival, Figueres es MOU and Departament de Cultura de la Generalitat de Catalunya. 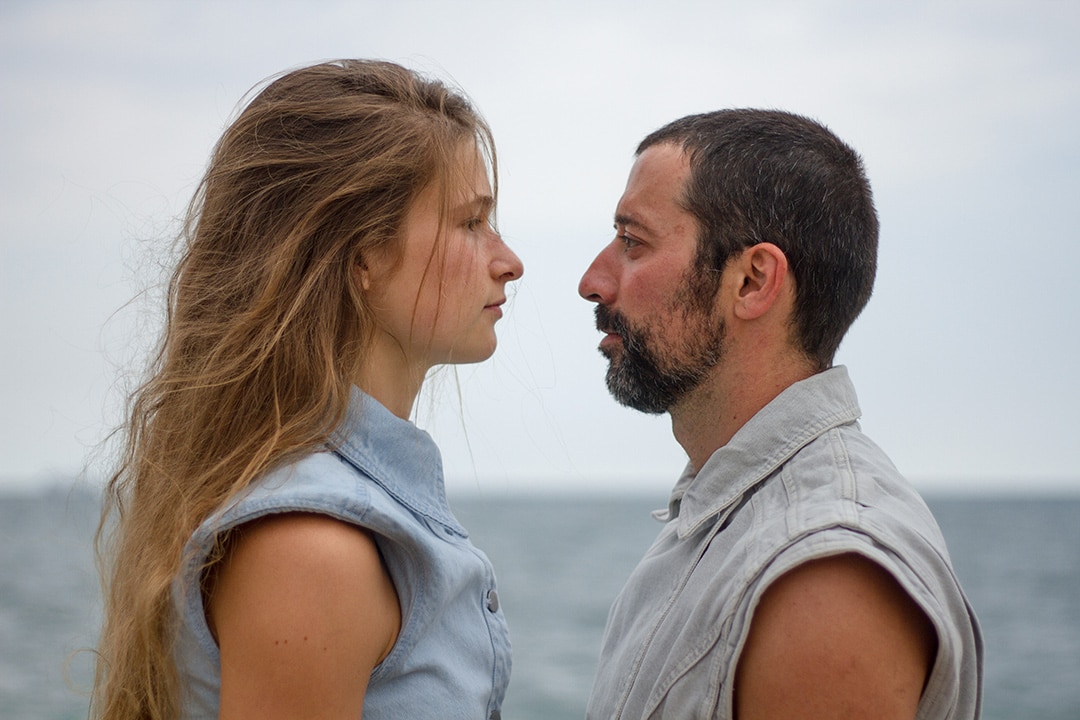 Anamaria Klajnšček is a Slovenian performer and maker. She did her studies in Amsterdam (AHK) and then worked for a German company called TanzMainz (creating pieces with Sharon Eyal, GN/MC and Guy Weisman & Roni Haver). Last couple of years she has been working as a freelancer with different choreographers (Roser López Espinosa, Pere Faura, Guy Nader & Maria Campos…) as well as doing her own work.

Magí Serra is a performer and creator based in Barcelona. He is dedicated to dance practice research and he is doing an investigation on the territory. With those experiences he approaches his creations for theater and street. He has presented his works on FiraMediterrània, Sismògraf Festival or Fira de Tàrrega. He’s a versatile performer working for many of the choreographers more active in the Catalan scene, such as Roberto Olivan, GN/MC, Roser López Espinosa.